“It was always about the first-ness. Many of us chose Yale in 1969 because it was a great adventure, one we couldn't turn away from.”  – an author who requested anonymity

Almost two and a half years after it began, the Written History Project, initiated by the 50th Anniversary of Coeducation Committee, is now nearing completion. The book produced by the project, The First Women in Yale College: Reflections on Coeducation for the 50th Anniversary Celebration, is a collection of first-person essays that chronicles what it was like to be among the first women to attend and graduate from Yale College.

Although early versions of the project have been released, including a book prepared for the cohort of  women in the first three classes, a new digital edition of the essays, meant for general distribution, was finished this summer and is now available as a digital book. It can also be found in “The 50th Anniversary” section and the “Stories About the History of Women at Yale” section of the celebratewomen.yale.edu website.

In the next few weeks, Sterling Memorial Library's “Library Subject Guide on Coeducation,” an invaluable resource on coeducation at Yale, will also post a link to this digital collection of essays.

The first cohort of Yale College women – approximately 575 strong, in the classes of 1971, 1972, and 1973 – arrived on campus in the fall of 1969 as transfer or first-year students and changed Yale forever. Almost five decades later, as preparations to celebrate the 50th anniversary of coeducation got underway, this milestone seemed a particularly opportune time to record the history of the early years of coeducation as told by these “first women.”

The 50th anniversary Written History Project was among an array of history-gathering projects launched in 2018 to mark the semicentennial. Over the years, only a small number of women from these first classes had been interviewed or had written about their experiences at Yale; most women had not had a chance to participate in a formal project to preserve the history of this transformative era. In the existing narratives, much had been made of the shortcomings in those first few years – the hasty transition, the hostile alumni, the overwhelming “maleness” of the place – but much less had been documented about the successes or the impact Yale had on the lives of many of these women.

The Written History Project’s goal was to capture the voices of a more diverse and encompassing group from this first cohort and showcase the breadth of their experiences, at Yale and beyond. All women who entered Yale College in September 1969, whether they received a Yale degree or not, were offered the opportunity to submit an essay. They were invited to share their stories about coeducation and its context and to write about whatever they felt was important to pass along to future generations. Ultimately, 141 writers in 144 essays accepted the invitation, with Barbara Wagner ’73 and Carol Whitehead ’72 co-editing the book of these reflections.

In addition to the digital version, a limited number of soft cover paper copies of the essays will be printed later this fall. If you are interested in obtaining a copy, you can use this form to request a book. Requests must be received by November 1, 2021, and will be filled as supply allows, with priority given to Yale alumni. The books are scheduled to be shipped by the end of the year.

Eve Hart Rice ’73 is a former member of the Yale Board of Trustees, co-chair of the 50WomenAtYale150 steering committee, and chair of the 50th Anniversary Committee. 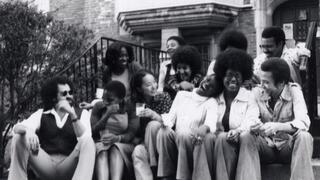 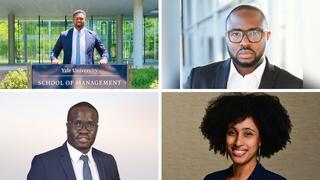 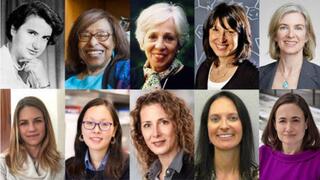