Last week National Public Radio, the New York Times, the Boston Globe, and papers around the nation carried the news of the death from colon cancer of 58-year-old Mike Hawley ’83, MIT professor and Media Lab mastermind, brilliant computer scientist and engineer, award winning pianist, explorer, adventurer, artist, out-of-the-box thinker, polymath, enthusiast, a person admired and loved by some of the most transformative people of our age – and, as Reed Jobs, the son of Mike’s friend Steve Jobs, with whom he helped launch NeXT computers, put it – “a miraculous person.”

I have known of Mike ever since he applied to Yale in 1979 from New Providence High School in New Jersey. There was never any question about his admission. Among other things, the complete authenticity of his essay – no one else could have written it – about a journey he had persuaded his father to take to follow in the steps of Thoreau, along with his mathematical prowess, and his wizardry at the piano made him someone the admissions committee easily admitted.

What I learned only recently was that Yale had not even been his first choice. Had he been one of the few pianists chosen for admission to Curtis that year, he would have gone to Curtis and likely had a different career. The world is lucky that did not happen, and I think Mike would agree that that was true, because even a career as the most eminent of pianists would have been too narrow for Mike, whose love of ideas, new ways of thinking, and constant quest for discoveries that would improve humankind led him on to a life of continual adventure.

This short piece cannot possibly record all the details of Mike’s incredible accomplishments, many of which you can read in this MIT tribute. What I can add is something about his connection to, and love for, Yale, and its influence on him.

Mike no doubt chose Yale because it offered him a high-level study of music as well as the ability to follow his second-choice career as a computer scientist or engineer. At Yale he was accepted into the piano studio of the distinguished School of Music pianist Ward Davenny, which helped prepare him in later life to tie for first place in the Van Cliburn amateur piano competition – an astonishing, almost unbelievable feat for someone with his other demands.

His senior thesis on music notation was directed by Stan Eisenstat, and in future years, when Mike was working for LucasFims, home to Star Wars and Indiana Jones, he brought T shirts for Stan and Dana’s children. The thesis was probably the start of what he did in Pierre Boulez’s IRCAM in Paris, where he "developed one of the first graphic systems for displaying and editing musical scores," and possibly the start of his work “transforming historic early-20th century piano rolls into digital instructions for state-of-the-art robotic pianos.”

Mike spent his time at Yale, however, not only studying music and the history of music, but also engaged with art, history, and literature. He devoured books. It is not a surprise that he and Steve Jobs built as one of their first digital libraries the complete works of Shakespeare. He gained the ability to write well and speak in public fluently. In recent years it became known that he was a prominent helper in Steve Jobs commencement speech at Stanford, known as the most famous commencement speech ever given: Mike counseled and supported Jobs through the writing of it and is himself responsible for some of its theme and for its famous ending. He apparently did the same for Larry Page, who gave his speech at the University of Michigan. In that cohort of brainy people, Mike, like a good Yalie, was the writer.

Beyond almost everything else, Mike was dedicated to people and to connecting them with one another. His annual April event EG (Entertainment Gathering) brought together some of the nation’s most brilliant and creative engineers, scientists, physicians, writers, artists and a company of uncategorizable others, to think, imagine, and play together in a conference that was also a festival. When he was dying he was asked if he had a bucket list and he replied that - no - there were just some friends he wanted to make sure to see.

Because of its focus on community and friendship, Mike adored his years in Jonathan Edwards College, remained connected to the college, and was a member of the 12-person JE Trust until the day he died. He considered it such an honor to be chosen by Head of College Gary Haller to give a lecture on music and science as a JE Tetelman Fellow that this received top billing on his CV, with other honors and awards below it. My old email exchanges with him are filled with suggestions for JE, mostly about connections he wanted to offer students.

Of course, a university will never have many Mike Hawleys. And no real credit goes to Yale for a person who would have thrived anywhere: if you take in someone exceptional, why would you get credit for graduating him? On the other hand, at its best a place like Yale exists precisely because it is where a rare person like this can find fresh air. It is not an institution where thinking is narrowly defined: its breadth allows people the ability to explore beyond the boundaries and to exercise the full range of their gifts. Its ability to teach rigorous skills and yet its prominence in the arts gives it a connection to the world of the imagination that frees creative spirits.

In the very last sentences of the very last remarks he made before dying, Mike focused on the power of universities, and used music as an analogy. When you play the piano, he asked (I distill some of this) – “Where is the music really? It’s not in the piano. It’s not in the score. It’s not even in the person playing. It’s in the room and what happens in the collaboration between the pianist and those inside it.” It’s why, he said, implicitly answering those who always wondered why he had left Silicon Valley and the ability to make billions, “I have always been drawn to great universities, where the music is not in the professors but in the hubbub and the noisy conversations between students and researchers and explorers and adventurers. To me that’s really the music of civilization. That’s why, in a pinch, I have always sided with universities.”

In the end, the amazing thing about Mike Hawley was not his powers of invention, his brilliant mind, his wide-ranging relationships with famous people who admired him, or his artistic talents. The amazing thing about him was that a person like Mike, with his gifts, his astounding range of accomplishments, his capacity for friendship, and his good heart, existed at all.

Penelope Laurans, currently a senior adviser at the university, was head of Jonathan Edwards College from 2009 to 2016. 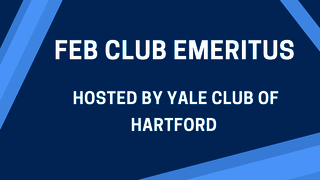 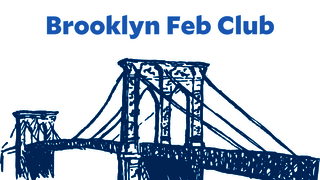 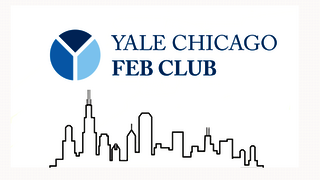