With the coronavirus pandemic ongoing and as millions of Americans remain glued to their television screens, computers, and mobile devices to catch the latest updates and reports, journalists and broadcasters across the country have had to adapt and adjust their practices to fulfill their role of delivering accurate news and information to the public.

In a recent livestream discussion hosted by the Yale Alumni Journalism Association (YAJA), a shared interest group that connects the more than 1,000 alumni working in journalism and media, four U.S.-based alumni journalists shared their reporting experiences and challenges under the pandemic, as well as their thoughts on how this could impact their profession going forward:

Moderating the discussion from London was Chloe Tsang ’17, a former NBC News staffer and the co-chair of YAJA, who commented on the overall impact of COVID-19 on journalism.

“Journalism has always been confronted by enormous challenges and this [pandemic] has exacerbated every single one,” she said.

That much is evidenced by the new working normal for the assembled panelists. Alworth, an on-air television reporter who focuses on local community news and is now working from home, said the biggest challenge is reduced access to sources and diminished control over the quality and content of her news segments. That has led to greater dependence on social media and videoconferencing platforms.

“Typically, I’d be out on the road interacting with people, being able to film the interviews, and have full control over that product,” she said. “Now, we’re relying on things like Zoom, FaceTime, Skype, and that has been with varying success.”

At the same time, due to restrictions on her ability to film and broadcast stories on location, Alworth has had to turn to her sources to fill the gap, in some cases training them on how to best use their smartphones and mobile devices to capture news footage.

“I am able to rely on my sources not only for information but now also for video,” she said. “And that’s a huge asset.”

Brody, who, as part of his beat in Washington, D.C., spends a fair amount of time interacting with members of Congress, indicated that with access at the U.S. Capitol more restricted, he and other reporters have fewer opportunities to physically interview lawmakers and staffers, chase down leads and sources, and follow up with people in their offices. The effect is immediate–and has hampered reporting efforts.

“We’re getting less information,” he said.

For Borter, who has been covering the experiences and plight of nurses and healthcare workers dealing directly with coronavirus cases and patients, the biggest challenge has been getting people to go on the record with their stories from the frontlines. While it is not unusual for sources to speak to a reporter and then later decline to have their names or stories published, Borter has noticed a sharp increase since the outbreak of the pandemic.

“That has never been consistently a problem as it has been the last couple of months,” she said.

While frustrating, Borter said she understood, citing instances of threats and retaliation against healthcare workers who spoke out about the lack of personal protective equipment or not being allowed to bring PPE to work.

“Often people are willing to talk but no one wants to put their job on the line,” she said. “We have a duty of care to protect our sources.”

Tharoor, from his vantage point, didn’t feel his ability to report has been significantly impeded.  He said the larger challenge was how he and other journalists could best cover COVID-19 from a more global, historical, and nuanced perspective.

“It’s been less of a logistical challenge working at home and more of a conceptual one,” he said.  “The experience of a pandemic is a very profound way of measuring human history and time.”

With his beat international in scope, Tharoor opined that the national conversation in the U.S. on COVID-19, compared to much of the rest of the world, has taken on a “hyper-partisan discourse.” As such, he expressed concern that certain compelling and important stories may not see the light of day, such as stories on growing income inequality, the rise of misinformation, the lack of trust in public institutions, and the rural-urban divide.

Tharoor also worried that while there will be ample coverage of the pandemic and its impact on the U.S., Western Europe and other industrialized nations, the plight of those in poor countries and the developing world may receive far less attention.

“This pandemic is not a great leveler,” he said. “The people who are already vulnerable, already living in far more unequal circumstances, far away from this country, are the ones who are really going to suffer.”

In the COVID-19 reporting era, all the panelists agreed that having trustworthy and reliable sources is more crucial than ever – “Especially in local reporting, you have certain members of the community who you know are reliable and consistently helpful,” said Alworth – and that despite the increased challenges of identifying and securing good sources, resourceful journalists can always find a way.

“There’s literally always a source base,” said Borter. “You just have to dig.”

At the same time, reporting on the pandemic has been complicated by the fact that the data and science on COVID-19 is not always clear.

“We just have to be as rigorous and as careful,” said Tharoor. “And we try to be as cautious on how we present evidence.”

There was solid agreement that while the pandemic has created unprecedented challenges for those in the news business, this is precisely when the need for good journalism is more important than ever. And despite the difficulties, stress and long hours, the privilege and opportunity of being a journalist at this historic moment in time to document the human experience under COVID-19 make all the sacrifices well worth it.

“There are still so many stories to be told about what American life looks like right now,” said Borter, “and every single one of them is kind of fascinating.” 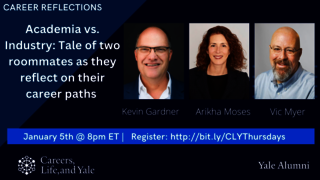 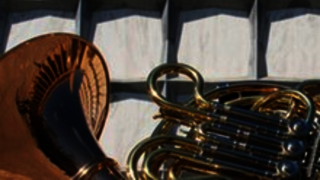 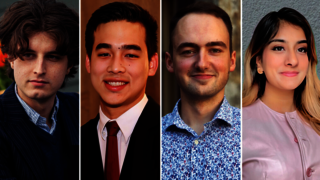 Yale alumni and students will study in China as Schwarzman Scholars 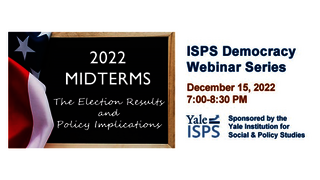