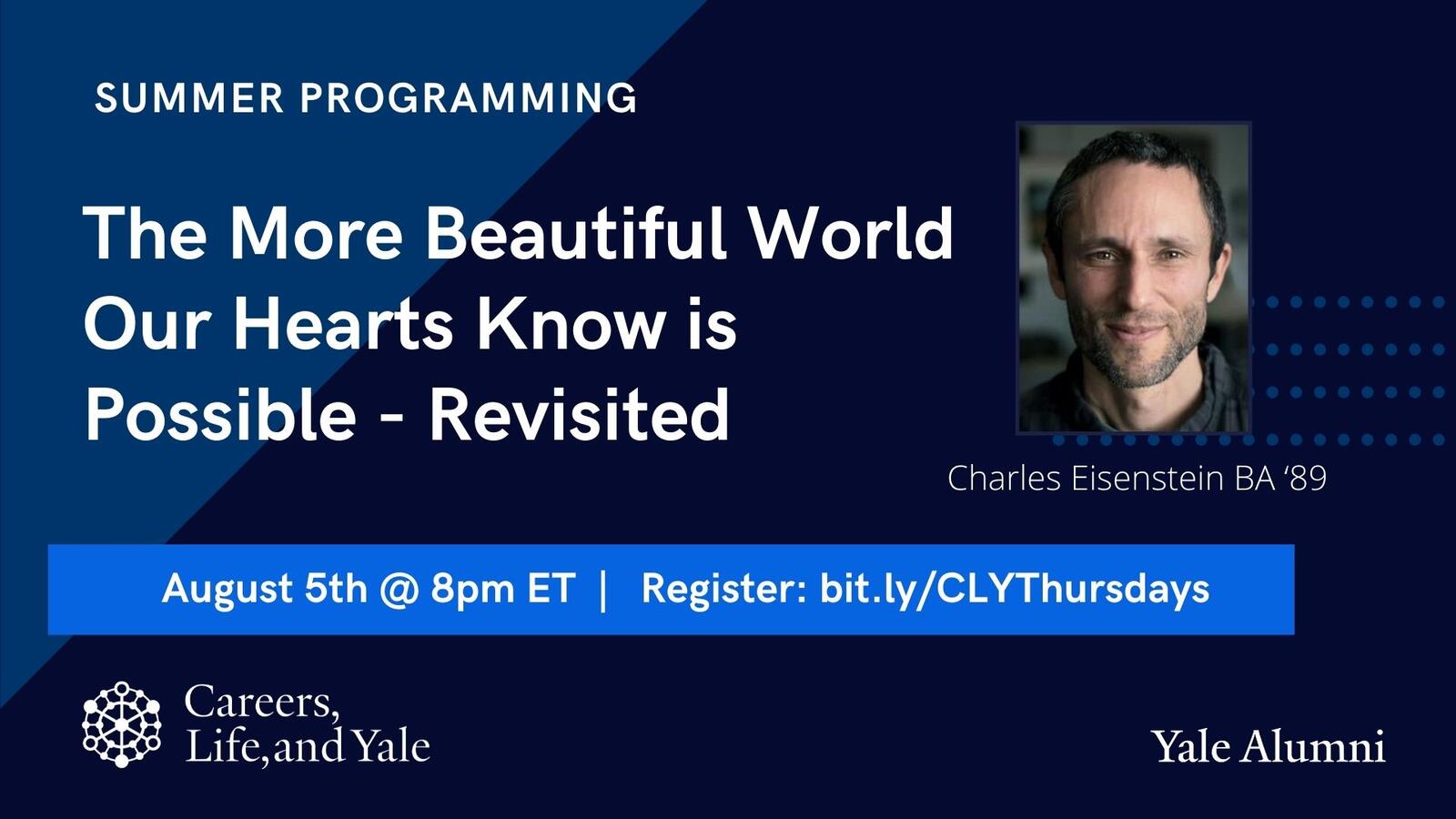 Charles Eisenstein '89 is a teacher, speaker, and writer focusing on themes of civilization, consciousness, money, and human cultural evolution. Graduating from Yale with a degree in Mathematics and Philosophy, he didn’t pursue a typical path to career success. Asking himself “What is the origin of the wrongness in the world?” resulted in his  writing The Ascent of Humanity, which initiated a re-ordering of his own world. He would go on to author Sacred Economics, The More Beautiful World Our Hearts Know Is Possible, and Climate — A New Story, as well as numerous essays. A guest in the Careers, Life, and Yale series in January, this summer session will allow for more discussion among Charles and attendees.

Involved in the Occupy, New Economy, and permaculture movements, Charles’ work centers on anti-consumerism, interdependence, and how myth and narrative influence culture, with one of his main goals being an alternative “story of interbeing.” In addition to his free podcasts, Charles is a frequent speaker at conferences and workshops. When interviewed by Oprah for her Super Soul Sunday program, he suggested, “Like you might have every mental reason to try really hard to ‘make it,’ to be a success, to get good grades, to get a good job, to play the game of life as its been offered to us, but there’s a rebellion, I think, it’s a mutiny of the soul…”

What would happen if you realized that you aren’t actually doing what you love? How would you transition into a truly meaningful life? What does it really mean to use your gifts to change the world? 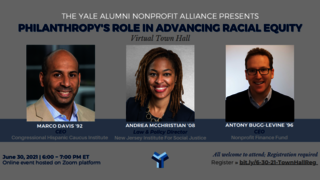 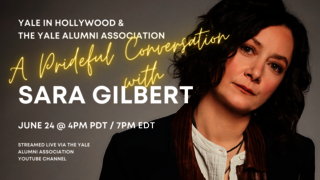 A Prideful Conversation with Sara Gilbert 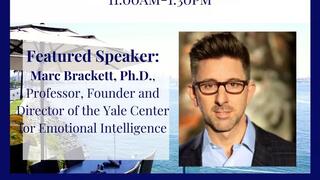 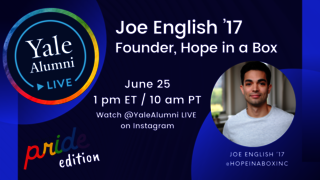