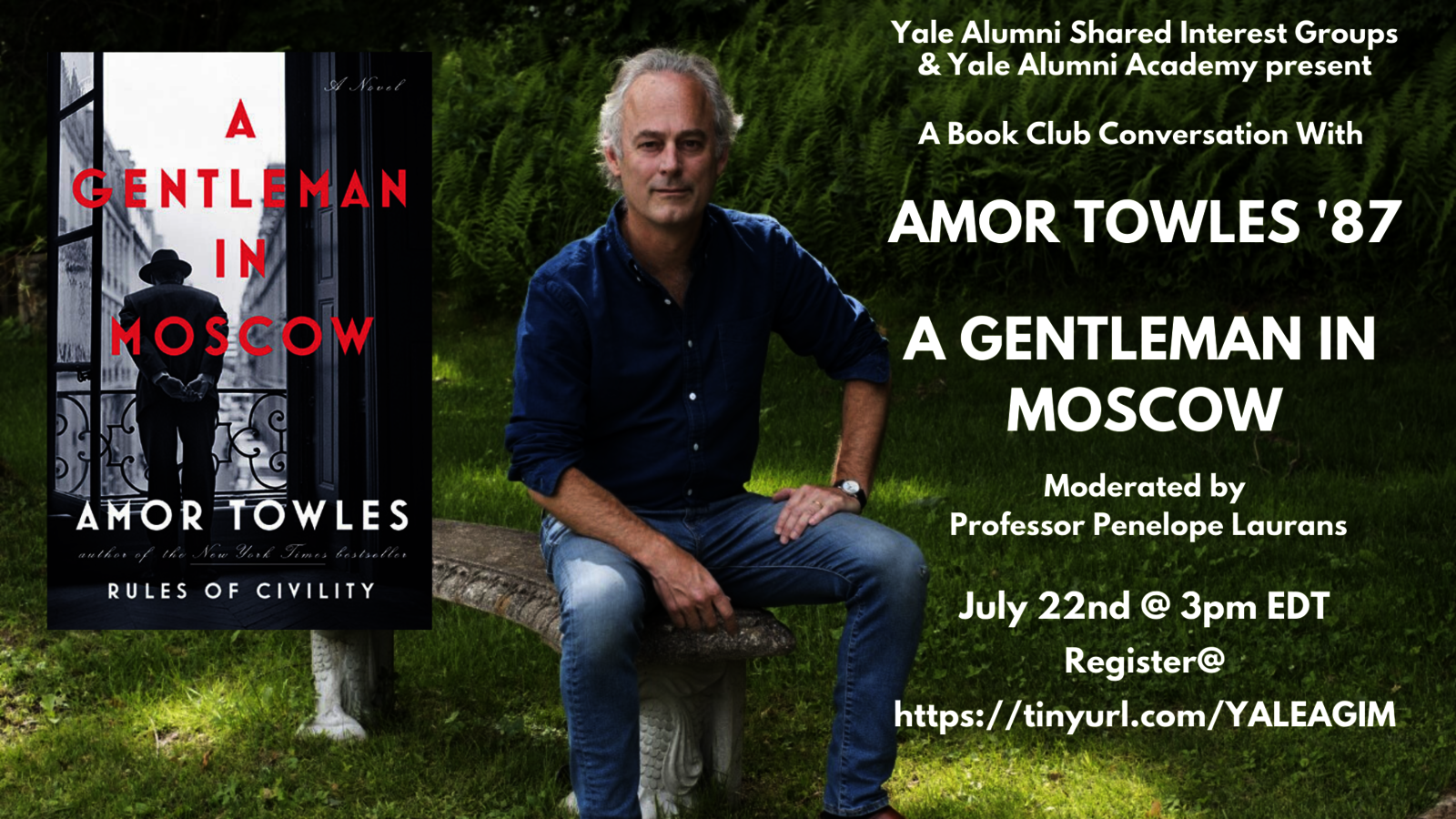 Yale Alumni Shared Interest Groups invites you to our first Book Club event! Join us as we read A Gentleman In Moscow by New York Times bestselling author Amor Towles ’87.

“A Gentleman in Moscow immerses us in another elegantly drawn era with the story of Count Alexander Rostov. When, in 1922, he is deemed an unrepentant aristocrat by a Bolshevik tribunal, the count is sentenced to house arrest in the Metropol, a grand hotel across the street from the Kremlin. Rostov, an indomitable man of erudition and wit, has never worked a day in his life, and must now live in an attic room while some of the most tumultuous decades in Russian history are unfolding outside the hotel’s doors. Unexpectedly, his reduced circumstances provide him a doorway into a much larger world of emotional discovery.”

On July 22 at 3 p.m. ET, Amor will join us for a live webinar in conversation with professor Penelope Laurans and Q&A from our virtual audience.

Born and raised in the Boston area, Amor Towles graduated from Yale College and received an M.A. in English from Stanford University. Having worked as an investment professional for more than 20 years, Mr. Towles now devotes himself full time to writing in Manhattan, where he lives with his wife and two children.

Mr. Towles’s first novel, Rules of Civility, which was published in 2011, was a New York Times bestseller and was named by the Wall Street Journal as one of the best books of 2011. The book has been translated into over 20 languages, its French translation receiving the 2012 Prix Fitzgerald.

Mr. Towles’s second novel, A Gentleman in Moscow, which was published in 2016, was on the New York Times bestseller list for over a year in hardcover and was named one of the best books of 2016 by the Chicago Tribune, the Washington Post, the Philadelphia Inquirer, the San Francisco Chronicle, and NPR. The book has been translated into over thirty-five languages including Russian. In the summer of 2017, the novel was optioned by EOne and the British director Tom Harper to be made into a 16-hour miniseries starring Kenneth Branagh.

Penelope Laurans, now a senior advisor at Yale, was head of Jonathan Edwards College from 2008 to 2016 and taught in the English department for many years. 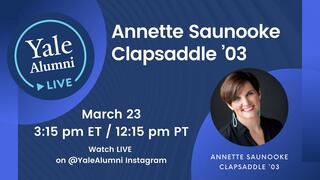 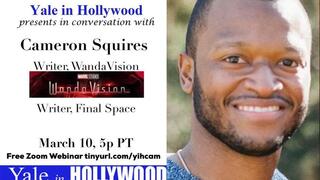 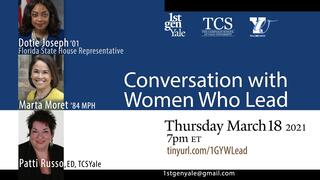 1stGenYale presents a Conversations with Women Who Lead 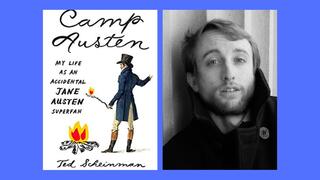