Mark lives in Santa Barbara, California with his wife of 20 years, Sarice, and their three children: Zoe (20), who is majoring in Jewish Studies at Tulane, Noah (18), who will be starting Yale in the fall, and Caleb (16), who is boarding at Midland school in Los Olivos, California. Mark practices ophthalmology at Sansum Clinic, where he currently serves as chair of his department. He also volunteers for SEE (Surgical Eye Expeditions), for which he provides free pediatric eye exams and performs surgeries internationally. As an exciting side adventure, he also became an inventor and developed the first FDA-approved eye drop (Upneeq) to treat droopy lids. Upneeq has been featured in Vogue, Elle, and numerous other magazines. When he’s not operating on eyeballs or tinkering with chemicals, he loves to hike, swim, run, and surf.

Here, Mark discusses his time at Yale, his rude awakening to Connecticut winters, and his involvement with the Yale community as an alumni volunteer.

Why Yale?
I grew up in Encino, and the thought of going to an East Coast school, let alone Yale, seemed other-worldly. Going to Yale was like traveling to the moon. It was an abstract fantasy, but I applied early and somehow got accepted – it was a dream come true.

What is your most enduring memory of your time at Yale?
I remember waking up in my Old Campus dorm freshman year, looking outside, and seeing a clear sunny sky. This clueless California boy threw on his shorts, T-shirt, and flip-flops, and headed out the door toward Science Hill. Little did I realize that it was December, and it was 14 degrees outside, with wind-chill too. My wet hair had icicles. I was late for class, so I just ran for it. It took me nearly the whole class duration to thaw. Then I had to walk back...

If you could relive your time at Yale, what would you do differently?
True confession: I never ate at Sally’s or Pepe’s. Now that I have a son attending, I plan to rectify that.

What would you do exactly the same?
I'm glad I majored in a liberal art (philosophy). Learning how to write well, think critically, and analyze text are valuable skills I still treasure.

What is your favorite place in New Haven, past or present?
This may sound odd, but the emergency room at St. Raphael’s was one of the places I cherished. I volunteered there as a student and it's where I confirmed my passion to become a physician.

What is your favorite spot on campus?
Harkness tower always “wowed” me from the minute I first walked through Phelps Gate. Every time I return to campus it takes my breath away.

What's your favorite pizza place in New Haven?
I always loved Naples ... sadly there no longer.

Who is another Yalie who inspires you? Why?
Barry Andrews ’90 was one of my roommates in Trumbull. He had a dry sense of humor and had that wonderful gift of self-deprecation that endeared him to everyone. I also was always inspired by his incredible work ethic. Unfortunately, Barry passed away, but he remains an inspiration for me as well as our classmates.

What have you gained from your alumni engagement with Yale?
I've been fortunate to serve Yale in two capacities as an alum. First, I've been the Santa Barbara regional ASC (Alumni Schools Committee) director for nearly 10 years. I love meeting with eager, motivated, bright high school students. It reminds me of the sparks that fly at Yale when passionate people interact in the dining halls and classrooms. It's also humbling to realize I'd probably never get in if I applied these days.

Second, I worked with a team of dedicated alumni to rehabilitate the Yale Club of Santa Barbara. It was dormant for many years, and thanks to the collaborative work of the YAA, we jump-started the club. We've hosted terrific days of service, Feb Club, admitted student fiestas, and Yale-Harvard watch parties. As the president, I do my best to enrich the camaraderie of our alumni. Much like the vibe of Santa Barbara, our club is small but exceptionally vibrant.

How did your time at Yale shape the person you are today?
At Yale, I learned how to think critically. I cherished the fantastic coordination of science of liberal arts. As a physician, I still lean on that fine balance every day. The "art of medicine" is very real – and I think in large part I'm the doctor I am because of my time at Yale.

What is your hope for the future of the Yale alumni community?
I hope that the community continues to engage young graduates. I didn't get involved until many years after I graduated. I wish I had become involved earlier.

What advice would you give to current students?
Take chances! It's vital to explore activities way outside your comfort zone. One of my favorite experiences at Yale was auditioning for "Romeo and Juliet" in my senior year. I'd never been in a play and was terrified. It turned out to be one of the most fun experiences of my four years. 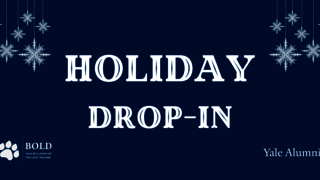 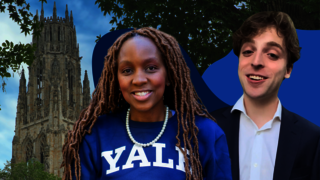 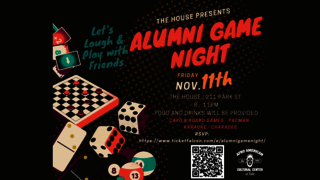 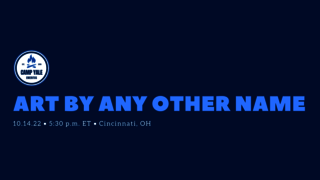