In 2019, the Yale Alumni Association held its inaugural IMPACT Conference, a two-day gathering focused on advancing diversity, equity, and inclusion through social change. In the ensuing two years, these issues have become even more crucial and increasingly pressing, highlighting the need for a national conversation to advance anti-racism efforts and combat the social inequities laid bare by the coronavirus pandemic.

IMPACT 2 will take up that challenge. The follow-up to the inaugural event will kick off March 15 with a host of programs dropping on the YAA’s on-demand video channel. That will be immediately followed by a series of hands-on workshops, trailed the following week by a live townhall for further conversation and deeper engagement.

“The first IMPACT Conference was a tremendous success,” said Weili Cheng ’77, executive director of the YAA. “It was thought-provoking, moving, and educational. But it was also just the start of the conversation. With IMPACT 2, we hope to continue to advance understanding about DEI and challenge alumni to assess their role in advancing DEI so they may contribute to the national dialogue. We know how critical these discussions are to Yale, all of higher education, and beyond into society at large.”

Speakers and panelists appearing in the featured IMPACT 2 conversations include Bishop Michael Curry ’78 MDiv, who gave the concluding remarks at the national prayer service for the inauguration of President Joe Biden and delivered a stirring sermon about the power of love at the wedding of Prince Harry and Meghan Markle; Pulitzer Prize-winning historian Anne Applebaum ’86; Pulitzer Prize-winning playwright and “In the Heights” writer Quiara Hudes ’99; former U.S. ambassador and current Yale trustee Carlos Moreno ’70; former NAACP Senior Vice President and Human Rights Campaign Vice President Maxim Thorne ’89, ’92 JD; and a host of notable faculty and alumni.

“We want to use this series to offer the Yale family a way forward, utilizing the insights and expertise of Yale alumni and faculty already making an impact in the world on these crucial matters,” said Nicholas Roman Lewis ’93, senior director, YAA shared interest groups. “This series will provide workshops, panels, lectures, keynotes, and individual stories to provide the tools for alumni to be the change agents in their own communities. We believe they’ll be inspired. We hope they’ll be inspired to act.”

The workshops, scheduled to run March 15-20, will focus on listening, storytelling, writing an effective op-ed, and running for office. The following week’s townhall will be an opportunity to reflect on all that was learned through the workshops and the recorded programs – and to dive deeper into how alumni can make a difference in their local communities.

“Given the circumstance surrounding the pandemic, we knew we couldn’t host a conference similar to the first in-person IMPACT event,” Cheng said, “but we think this will be even more powerful. And by making the programs available on demand and spreading the workshops and townhall over two weeks, we hope to give the alumni community – and the larger Yale community – an opportunity to engage where and how they are able. Together, Yale alumni can make a difference, I truly believe that. IMPACT 2 will give them the tools to do so.”

Workshop registration is now open and can be accessed on the YAA website. Interested attendees can watch the pre-recorded programs starting March 15 on the YAA on-demand home. 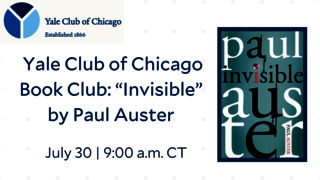 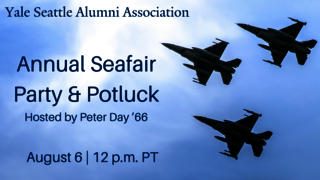