We had been hiking for almost four hours when the morning sun finally crested over the summit ridge of Mount Yale. I was at 12,800 feet on a clear and cool summer morning, hiking with 22 of my Yale classmates to the summit of the peak named in 1869 by Josiah Whitney, Yale Class of 1839, for his alma mater.

My friends from the Pierson Class of 1992 had come from all parts of the country and as far as London, England, to spend the last week of July together in Colorado, enjoying each other’s company, laughing at stories from long ago, cooking and sharing meals, discussing serious subjects, and attempting to climb a mountain that reaches 14,196 feet into the Colorado sky.

We started up the trail at 5 a.m. by headlamp, and by 11 a.m. all 23 Yalies had reached the top of Mount Yale. The blue, sunny sky that greeted us at the top reminded us of “Bright College Years.” The sense of accomplishment and pride was tangible, with many whoops of joy and high-fives, along with countless selfies and panoramas. The summit photo with all 23 classmates holding an assortment of Yale banners is an inspiring souvenir from the climb that I will treasure deeply. However, within a few minutes of snapping that picture, some clouds began to build and the temperature dropped a few degrees, so we packed up the banners and headed back down – 4,300 vertical feet and five miles back to the trailhead – to complete the day’s adventure.

Hiking a peak over 14,000 feet in elevation (a “14er” in Colorado parlance) is no easy task. But it was one that we prepared and trained for, which made the accomplishment all the more satisfying.

While that day’s trek was a long one, the journey to Colorado was over a year in the making. Adam Moore ’92 began assembling our Pierson class via weekly Zoom calls in March of 2020, just as the COVID pandemic was shutting down public gatherings and group socialization. The Zoom group expanded to over 30 participants per week in the height of the pandemic, with a different mix of classmates joining the calls in any given week. Adam faithfully continued to host and facilitate the weekly calls throughout 2020 and into 2021, welcoming all Pierson (and a few non-Pierson) classmates, along with an occasional special guest speaker.

Rich Phillips ’92 eloquently described those Zoom calls: “New friendships have been born. Old friendships have been rekindled. We have debated politics, explored ideas, remembered antics, and most importantly, gotten to know one another, as adults. And that call has happened, without fail, every Friday evening.”

As Rich recounted, the reconnection with friends made during these calls, and the associated trust and friendship that was rebuilt, was a crucial first step in the journey that would ultimately result in us standing on the top of Mount Yale.

During one of those Zoom calls in the summer of 2020, I floated the idea of doing a post-COVID/belated 50th birthday celebration/summer get-together in Colorado in 2021, with the objective of summiting Mount Yale. It was mid-pandemic and we really weren’t sure when it would be safe to travel again, but the positive response from classmates hungry to reconnect was overwhelming.

As the weekly Zoom calls continued, the number of classmates signing up for the trip to Colorado swelled. Even though the gathering was for classmates only (no spouses or kids), and it was during prime family summer vacation time (end of July), a total of 28 Yalies elected to spend a week in the mountains of Colorado. We procured two large houses – one donated by Greg Piasecki ’92 – where we had shared sleeping quarters, just like we did back in the fall of 1988.

The houses were the center of the social, gastronomical, and oenological activity during the week. Jennifer McCarthy ’92 (Trumbull College) was absolutely incredible as the head chef, preparing delicious dinners for the entire group of 28 hungry classmates. She drove from San Diego to Colorado so that she could bring her favorite cooking implements and special ingredients, including a sous-vide, lots of spices, and a 30-pound brisket with smoker chips for cooking on the grill.

Other classmates planned activities and experiences in Colorado. Micah Siegel ’92 shipped several cases of wine and conducted small group wine tastings throughout the week. Fred Cheng ’92 polled everyone prior to the trip for the top movies people wanted to watch; The Princess Bride, Animal House, and The Breakfast Club all made the cut and were shown at various times throughout the week.

Additionally, Lisa Danetz ’92 organized a horseback trail ride, Jim Sciutto ’92 arranged a tour of the Breckenridge Distillery, and the Entertainment Committee (Eugene Cho ’92, Fred Cheng ’92, and Kathy Butler ’92) put on an epic karaoke dance party that lasted deep into the night. Jim Ziglar ’92 purchased patches of Mount Yale as souvenirs for the group, and the Spirit Committee (headed by Lisa Danetz ’92 and Jessica Greenfield ’92) had custom whistles/bottle openers made, engraved with “PC ’92 Conquers Mt. Yale.”

The week in Colorado was special not only because of all these various activities, but also because of the people, the same people who had bonded while living in Wright Hall as freshmen in the long-ago fall of 1988. Thirty-three years later, we fell right back into the same kind of banter, conversations, jokes, and discussions, albeit on somewhat different subjects than we discussed as 18-year-olds.

“The best part of the trip was the people. The people, the people, the people!” Fred Cheng ’92 opined. “One of my regrets about Yale is that I didn't take the time to meet enough people. This trip was a long overdue opportunity to correct that mistake. It was like the movie The Big Chill, without the funeral and the sexual shenanigans (as far as I know). Just a lot of getting back in touch with our inner undergrads.”

The efforts of many classmates ensured that the journey was memorable. As the trip leader, I could not have been more pleased and proud with how the adventure turned out, particularly (but not only) for the successful summit of Mount Yale. On that day, when the sun rose over the summit ridge, it shone brightly on the memory of our college years at Yale. 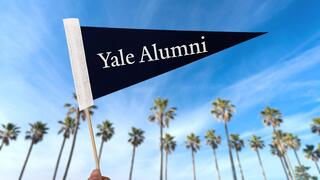 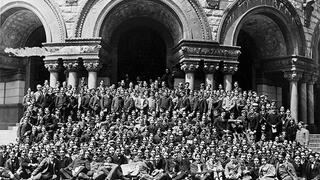 In after years: How a Yale College Class comes together as alumni 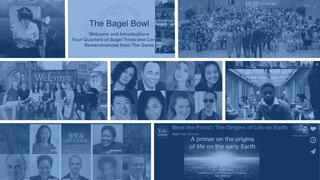 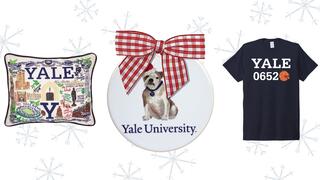