This article originally appeared in a special edition of the Yale Daily News on September 19, dedicated to the first women in Yale College.

In September 1969, Yale’s small band of first-ever coeds stepped onto the campus. I was one of them.

When I arrived at Trumbull College, my assigned residential college, I was led to a heavy wooden entryway door. The person showing me in handed me a key and said, “This is the key to your room.” I entered a storybook room with leaded windows and a fireplace. It was all mine.

“What are the rules?” I asked, having spent my freshman year at Smith College, which heavily monitored our movements and had nightly curfews, and where an explanation to a cranky house matron was your only path to being let back in to your room after hours.

Rules? There were no rules. I had my own room and my own key.

I had been emancipated, finally, from a world in which you went from your parents to Smith to a husband. But emancipated to do what? Freedom can sometimes be bewildering, especially when there are no mentors, no role models, no institutional girdings underpinning your journey. None had gone before us.

My path to Yale was reflective of many of my first Yale women cohorts: I came from a large middle-class, suburban public high school. Senior year, my guidance counselor, who had never heard of the Seven Sisters, curtly informed me that I was “on my own.” Little did I know that learning to move ahead on my own would become key to finding my way into and through college. I landed at Smith, a blind choice that I quickly recognized as a completely discordant environment from my coed freewheeling high school, largely populated by private school girls.

As soon as Yale announced in the fall of my freshman year that it was coeducating and seeking women transfer students, I pounced. Alone as I was, I filled out the application and rounded up a couple of Smith professors to write letters of support. In retrospect, during my freshman year I was an outspoken exception in classes to my mostly passive, polite classmates.

It was hard to be a woman at Yale in 1969. There were few of us and fewer resources. My little entryway housed all 12 of the sophomore women who had arrived at Yale that month and been assigned to Trumbull. There were meager athletic offerings, little in the way of specialized health care and even less academic counseling — and some of it came in the form of professors hitting on us. Women professors were scarce. Women, in short, were scarce, except on weekends, when the mixer buses brought them, still, to the campus.

In the spring of my first year at Yale, the entire campus was shut down over May Day demonstrations. Then, in my junior year, there was a dining hall strike that shut down all of the campus dining rooms. We were given a book of vouchers on a shoestring budget and told to buy our meals at local eateries. These were some of the many  incidents during my time at Yale  that evinced the turbulent political times in which we found ourselves. Somehow, we all swam with the tide and held our heads above water.

Again, as in high school and at Smith, senior year at Yale I was “on my own,” with no mentors or academic or career advisers that I can recall. I took the LSAT and went on to law school.

We were called superwomen by The New York Times, and we were supposedly selected by Yale in part for our resilience. An extraordinary percentage of the first women – nearly 90 percent – sought to prove everyone right by going on and getting graduate degrees.

My experience at Yale learning how to navigate a male world taught me how to endure the humiliation of having to go into “Ladies’” side entrances to private Wall Street eating clubs when, after law school, law firm partners would take me to lunch. There was even a side entrance at our own Yale Club in New York.

We endured. We learned to navigate. And 50 years later, we’re proud of that – and proud to have done our part to ease the path for the women who followed in our footsteps, so that they could pursue their dreams and careers – without having to go through those side doors.

Following her time at Yale, Cynthia Brill ’72 went on to earn her J.D. from NYU. She is currently general counsel at NewsGuard Technologies, Inc., having previously served in the same role for Journalism Online, LLC. She also serves as board chair of Neighbors Link, a nonprofit in Westchester County, New York, has served on the boards of Phoenix House, the League of Conservation Voters, and The Fund for Public Advocacy. 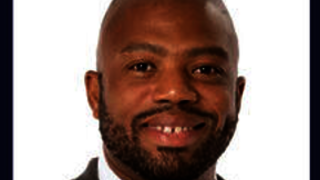 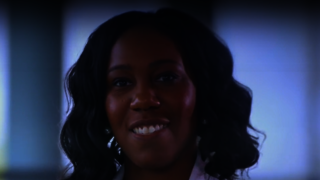 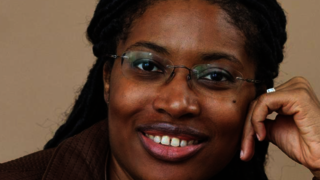 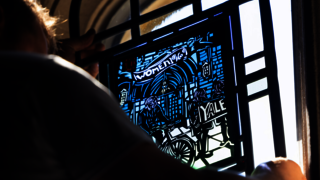