Each year, hundreds of Yale alumni, students, staff, family, and friends take part in Yale Day of Service, giving back to local communities across the country and around the world. In this series, we’ll be spotlighting a few of those Yalies, who discuss how they got involved and what service means to them.

This week, we feature Ken Goldstein ’84, who became involved with the Yale service community as an undergrad. Below, he talks about his time in the Yale Alumni Service Corps and his favorite Yale Day of Service memory.

How did you become part of Yale’s service community?

I’ve been involved in Yale community service dating back to my undergraduate days with Dwight Hall. I was involved with Amnesty International campaigns, food kitchens, emergency shelters, teaching music and children’s theater in New Haven public schools, all kinds of memorable projects. When Yale Day of Service was first announced, I knew I had to be a part of it.

My wife and I have participated almost every year since it started. We helped clear brush to reclaim a popular overgrown trail in the San Gabriel mountains. We helped clean a section of the L.A. River, wrenching shopping carts from the hardened mud. We’ve assisted with single parenting programs in South Central Los Angeles. We read story books to children. We assisted with job application workshops for transitional youth. Every year has been a wonderful adventure that has brought us closer to other alums and connected Yale to our local community.

A few years ago, we took it to the next level and joined YASC: Yale Alumni Service Corps. So far, we have been part of three unforgettable projects. First, we spent a week at the Fort Mojave Indian Reservation on the California/Nevada state line. Then we traveled to South Africa for volunteer service in the townships near Cape Town. Just before COVID, we were in the Montessori schools of San Juan, Puerto Rico. I wrote about all three of these experiences on my blog and can’t wait for the opportunity to embark on the next YASC trip when it is announced.

Tell us a story that exemplifies service for you. Or perhaps a favorite Day of Service memory.

Community service is as much a part of our lives as anything else we do. One of the organizations where we volunteered for Yale Day of Service, The RightWay Foundation, was initially introduced to us by Nell Rutledge-Leverenz ’03, who was one of the L.A. Day of Service organizers. We spent a Saturday helping young adults write their resumes and role play job interviews so they wouldn’t be nervous when they went to visit potential employers.

When I met the organization’s executive director, Franco Vega, I was so impressed with his authenticity, I asked for a follow-up meeting to hear more about his vision. The RightWay Foundation was doing the specific kind of work I admire with transitional youth both in vocational and therapeutic counseling. It was exactly the kind of grassroots organization that I admired: no waste, little overheard, every hard dollar about getting a young adult into their first apartment and full-time job. This was years ago, and I have since become an advisor to The RightWay Foundation and I am now close friends with Franco. I never would have discovered this wonderful organization without Yale Day of Service, nor would I have found new friends like Nell and Franco.

Why is service through Yale a priority for you?

I’m sure it’s a bit of a cliche to say those of us who have benefited from the enormous Yale launchpad into a life we might not otherwise have enjoyed feel a sense of duty to give back. That is certainly part of it. I can’t imagine not giving back. Yet there is something more about the Yale I admire that I think is less well known and worth evangelizing.

Yale for me as a place of learning is a place about values. My education not only informed my hunger for learning, it ignited my commitment to exploring the driving forces of human character.

I think it’s hard to be immersed in the liberal arts and not attempt to bridge the distance between what is and what ought to be. The values of Yale I carry with me are those that say achievement is an empty shell unless the impact of that achievement is about much more than its benefit to ourselves. If a liberal education is about developing the whole of a person, so much of that whole is about the gift of sharing and making full beneficial use of the opportunities I have been privileged to enjoy.

What would you say to a fellow alum about meaningful reasons to get involved in Yale service activities?

The rewards we get from service are immeasurable. Any good we can do for another has exponential benefit in that the effect we can have on another life is equaled in value by its effect on our own life. This is the very definition of a virtuous circle. There is a compounding of quality that occurs when we commit to doing something for another without expectation. It’s palpable. You can feel it.

As we progress in our lives, we have the opportunity to see meaning shift from the extrinsic to the intrinsic, from material reward to fulfillment, from accomplishment to significance. This is a choice that’s open to us, and the earlier we make it, the more it can define the person we want to become. To do this with others who have a common touchstone like educational background is another open door on a new world of shared experience and discovery.

I don’t think the question is why should you open your heart to service activities. I think the question is why wouldn’t you embrace the joy in the opportunity to join others in service. We can always say we are too busy, but high achievers can always find time for things they want to do or need to get done. Community service for me has always been very high on that list, and it’s always proven to be both an easy priority and a cherished blessing.

I’m a bit of a baseball nut, a Dodgers fan, and the words of Jackie Robinson always ring true for me: “A life is not important except in the impact it has on other lives.”

And visit our Spotlight on Service page to see all the service spotlight conversations. 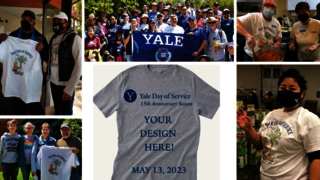 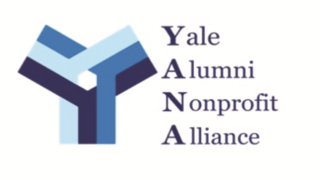 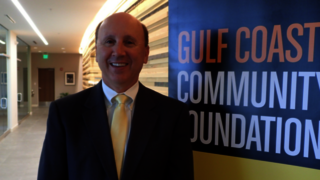 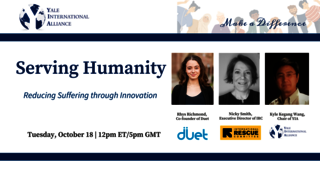