The Yale Board of Trustees, formally known as the Yale Corporation, is tasked with ensuring that Yale's academic and administrative leadership are guided by sound policies and practices, and equipped with adequate resources, to further Yale’s mission.

At this year’s online YAA Assembly and Yale Alumni Fund Convocation, four of those 16 trustees took their turn on the virtual dais, serving as members of the Assembly and Convocation Board of Trustees panel to discuss their paths to the board and its many responsibilities for an audience of alumni volunteer leaders.

The session was introduced by Marla Grossman ’90, chair of the Yale Alumni Fund Board of Directors, and the post-discussion Q&A was moderated by Jerry Henry ’80 MDiv, chair of the YAA Board of Governors. YAA Executive Director Weili Cheng ’77 introduced Hill.

Below is a look at some of the highlights from the wide-ranging, Q&A-style conversation, edited and condensed for style and length:

On what Yale means to them and how their Yale experience shapes them as trustees:

Miura-Ko: The thing that was most impressive to me was that, when I left Yale, a mentor to me pulled me and a couple of other students aside and said to develop a philosophy of philanthropy, to start to think of the organizations that meant a lot to you and gave something to you. When I thought about it, and I was six months out of Yale [at the time], some of the most incredible acts of kindness came from Yale alums to me.

Rice: Yale was just a fantastic foundation and an accelerator for me on several levels: intellectually, socially, athletically, and even gave me a glimpse into what my professional passions ended up being.

On how they view their role as trustees:

Hill: One incredibly important obligation is to balance the needs of students, faculty, and staff today with the needs of generations to come – and ensure that every generation of Yale benefits from the university’s resources. The Board of Trustees have to have the interests of all of Yale as its concern. No one represents a particular constituency. … We all have a responsibility for understanding and supporting the entire university.

Rice: I feel that it’s an opportunity to help steward, over the course of several years, Yale through a very interesting time in our history, as a country and in our history as a university. … It has also been a fantastic learning experience. One of the things you realize as a trustee is that no matter how much you’ve been involved with the university as a volunteer, you learn how complex Yale is as an institution, how vast it is, how diverse it is in terms of how the learning expands from undergrad to the graduate schools and from the arts and humanities to the sciences, to the technology backbone of the university. It’s fascinating intellectually and something I’ll look back on, when my time is up, as one of the formative experiences in my life.

Sze: The roles and responsibilities of the trustees are a specific level of definition. We have to look at the principles behind the decisions that are being made. We have to take what the administration brings to us and pressure-test it and ask the tough questions. But the deans and the faculty and the administration – they’re the leaders, they’re the ones doing the work. … There can be a misperception that board members decide everything, they have to know everything, and they tell everyone what to do.

On the role the arts and humanities and its impact on Yale as an institution of higher education (the theme of this year’s Assembly and Convocation is “The Arts and Humanities at Yale: A Legacy of Excellence in Moments of Challenge”):

Sze: I’m blessed in that I get to see the perspective of a number of Yale alumni and current students in my family, and they span all aspects of the curriculum. My sister was an art major; my wife an English major; my daughter was a cognitive science major; my son is likely to be an economics major; and my father was an architecture major. The richness of Yale is the power in all those things coming together, of that diversity. When you’re in the world, you realize that it’s the seams and the overlaps where some of the most amazing things happen. … The power of a liberal arts education will always prove true.

Hill: To address the challenges we’re facing right now, we need all of the disciplines to come to the table and work together in a multi-disciplinary way.

On the impact of working on such a small board (16 members, 17 including President Salovey ’86 PhD):

Hill: Every member plays an incredibly important role and every voice on the board is important. I’ve served on several other higher institution education boards that had 24 and 34 members and it’s just very, very different. The small size means it’s a working board for every member of the board.

Miura-Ko: I remember when I first joined the trustees, other people who had worked with other university organizations said, “It’s just a fundraising tool. There’s like 100 people on that board.” And I remember saying, “That can’t be, there are only 17 people.” So, what I love is the intimacy. Because you get to know people, you can disagree with them, and you can actually have very robust discussions. You have to be able to know each other to be able to have the kind of fundamental, principled discussions we need to have. Especially in the last six months, as we were turning the corner into COVID, that ability to have really robust discussions about the important things, the fact that we cared so deeply about teaching students, whether or not to prioritize students coming back onto campus – those were not simple decisions, but I was floored at the decision-making capability of this organization and the commitment they had to the principles of teaching and research, and you see those in action in crisis.

On how the board members come together to work toward a common goal:

Sze: The 17 folks all come from different backgrounds and different experiences and they bring their best selves, they bring all this expertise. Every time I’ve sat and chatted with the different trustees, I learn something. I’ve gained more respect than I already had, and it was already high for each one of them.

Rice: Culturally, one of the things that makes the Corporation experience very rewarding and unique is that you have people who come from all over the place, and everyone is highly accomplished and brings a lot of insights, but one of the guiding, overarching principles is that everyone checks their ego at the door. You don’t bring in your personal passions unless they’re relevant to the issues we’re trying to grapple with. And that provides an environment where we can have the kind of candid, direct conversations about the very complex issues we have to dig into.

On a perceived lack of diversity on the board:

Sze: If you were to skim the first sentence of our bios, there are a bunch of people who have ended up later in their careers in finance or in business and some that have been there all along. But if you click into the full bios, you would see that the vast majority of the trustees have incredibly diverse backgrounds. … It’s an incredibly diverse, incredibly broad perspective that comes together and brings these strengths. And from a demographics perspective, half of the board members are people of color and six of the 17 are women. I look around the table and I feel incredibly humbled and honored to be part of this group that is very diverse. If they were all investment bankers or consultants, that wouldn’t be so interesting to me, and it wouldn’t be so interesting to Yale.

Hill: When we have discussions about a topic, we have people bringing incredibly diverse experiences to the table to talk about ways forward. In the same way that I think a liberal [arts] education helps each individual have different points of view as they attack an issue, having 16, 17 people around a table who have had very different life experiences adds to the quality of our decision-making and our discussion.

On interacting with faculty, staff, and alumni:

Miura-Ko: In every single meeting, we actually have a chance to interface with faculty and students. One my favorite luncheons that we had was, they brought in a lot of student leaders and we got to sit at tables and speak to different students about what they were doing. On my left-hand side was the editor-in-chief of the Yale Daily News, and on my right hand-side the concert mistress of the Yale Symphony. How amazing is that?! Hearing their stories and what they plan to do in the future, what they would like to see out of Yale – those kinds of contacts are really important. I know a lot of trustees do their own things as well. David and I live in the same neighborhood and I’ve been to his house for a variety of alumni events and when his daughter’s singing group was in town. So, we have interfaces with students that are in the area, with parents that are in the area. And I think that’s also very important: putting a face to the trustees and people who hear about what’s happening at Yale, and to bring that back to our different geographies. … Getting to have that contact with the students, to hear their perspectives – it keeps me forever young.

Rice: I’m always curious about how folks are experiencing the university, what’s keeping them up at night, and how could someone like me can help provide them advice.

On whether their current or previous Yale affiliations impact their board-related decisions:

Rice: It’s really important for trustees to be independent and to put at the top that they come and participate in board activities with the overarching focus to reinforce and accelerate excellence at Yale University, in all aspects of it.

Miura-Ko: What I’ve really appreciated, just observing in this last year, is that there are so many elements of who we are that we can bring to the table, and our backgrounds and curiosity – that’s what adds to the discussions that we have within the board. … There’s an interplay, but there’s not an affiliation that we bring to the table.

Sze: The unifying force is that we always take it to the higher level of what is best for Yale, now and into the future. 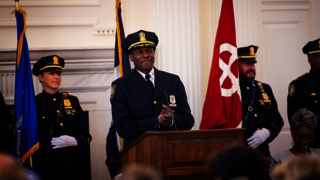 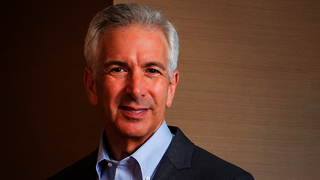 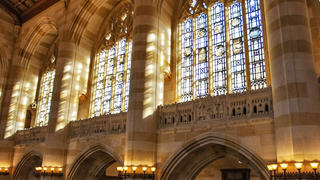 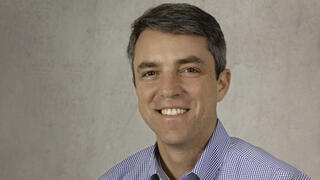