Akosua Barthwell Evans is founder and CEO of the Barthwell Group, a Detroit-based management consulting firm that provides strategic planning, diversity training, assessments and other services to Fortune 500 corporations, institutions of higher education and the military. She was previously a managing director at JPMorgan, where she developed and led national businesses for both the Private Bank and Asset Management groups. She holds a bachelor's degree from Barnard College and a PhD from Columbia. At Yale Law School she won the Edward R. Robbins Memorial Prize, and established the Warner Thornton McGuinn Scholarship Fund.

Evans has served on multiple boards of nonprofits throughout the United States, including the Student Veterans of America, Mary Reynolds Babcock Foundation, Hutzel Hospital, Barnard College, Wake Forest University School of Business, Bennett College, and the Thurgood Marshall College Fund. She is the founder and former chair of the Friends of Education at the Museum of Modern Art. In 2014, she was appointed by President Obama to serve on the President's Advisory Commission on Educational Excellence for African-Americans, and became a Governance Fellow of the National Association of Corporate Directors.

Evans has received numerous awards, including the 2011 Entrepreneur Leader Award at the STEM Women of Color Conference, and in 2016 was recognized as one of the ten outstanding woman-owned businesses in Michigan by the National Association of Women-Owned Businesses. An active volunteer for Yale, she has served on the Yale Law School Executive Committee, the board of the Yale Law School Fund, the YAA Diversity and Inclusion Task Force, the YaleWomen Council, the board of the Yale Black Alumni Association, and as an At-Large Delegate to the YAA Assembly. 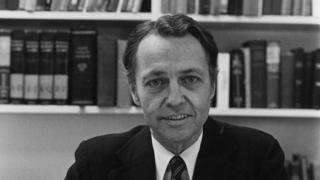