The Yale Medal is the highest honor presented by the Yale Alumni Association, awarded annually to members of the Yale family for their individual service to the university.

Since its inception, the Yale Medal has been presented to more than 300 individuals who have shown extraordinary devotion to the Yale’s ideals and demonstrated their support through extensive, exemplary service to the university and its many schools, institutes, and programs.

Likewise, this year’s recipients have made significant and lasting contributions to Yale and its alumni community, as civil rights trailblazers, shapers of the university in both form and function, and as contributors who have made Yale a more inclusive university – and who continue to guide its path today.

Please read below for more on each of the recipients and their contributions.

A Yale alumnus, parent, officer, ambassador, and advocate, Alexander has left an indelible mark on both the university and city of New Haven. For 25 years he was a successful developer of real estate projects, helping to revitalize cities across America. During that time, he chaired the Yale’s urban advisory committee and served as an active volunteer for the university, commuting to campus from Baltimore. In 1998, Yale lured him out of retirement to become the university’s inaugural vice president for New Haven and state affairs. In that role, he was instrumental in the renaissance of New Haven, the purchase and redevelopment of commercial properties adjacent to campus, and in strengthening town-gown relations by building effective community partnerships. He assumed responsibility for overseeing the planning, construction, and operations of campus facilities in 2006, negotiating the acquisition of the West Campus property and bringing his expertise to the development of the university’s two newest residential colleges, Pauli Murray and Benjamin Franklin. Throughout his tenure Alexander remained a dedicated volunteer in the community, earning numerous New Haven distinctions, and he has been an active alumni volunteer as well, serving on the Baltimore alumni schools committee, his class reunion gift committee, the Yale Development Board, and on Yale campaigns. He retired from his vice presidency at Yale in 2018, but not from his alumni volunteer efforts, continuing his lifelong dedication to the university forever indebted to him for his work on its behalf.

Prasad is a true university ambassador and a key figure in enriching the Yale experience for all alumni. He has served in a variety of leadership positions, including as chair of the Yale Alumni Association and the Graduate School Alumni Association, and as president of the Yale Club of San Francisco. Through his understated, inspired leadership, Prasad forged closer ties between the YAA and GSAA, enriching both parties and breaking down barriers between undergraduate and graduate/professional school alumni. His achievements include the launch of the signature GSAA program “Where Do I Go from Yale?”, increasing the involvement of graduate and professional school alumni on the YAA Board of Governors, and student outreach – recruiting students to be part of alumni activities and sponsoring students for Yale Club of San Francisco summer programs. His steady hand and collaborative style proved the perfect arrangement for seeing the YAA through a change in leadership, and his passion for Yale unlocked a sense of possibility that helped the YAA thrive during his time on the board. A lifelong learner with an ever-curious mind, Prasad guided the launch of the YAA’s Careers, Life, and Yale program, and he has been active as well with Yale Educational Travel. Most recently, he has proven an invaluable member of the YAA executive director’s working group on diversity, equity, and inclusion – further cementing his status as a renaissance man of many talents, with a gift for bringing out the best in those around him.

Schiff is the keeper of Yale’s histories and traditions, a heady task when working at a 319-year-old university but one she has accepted with grace and openness, making her a welcome – and welcoming – resource to all and an invaluable member of the Yale and New Haven communities. In a distinguished career that has spanned six decades, Schiff has served as the university chief research archivist, New Haven’s volunteer city historian, and the Old Yale columnist for Yale Alumni Magazine, with hundreds of columns to her credit. And she has touched the lives of a great many Yalies and community members along the way. A dedicated volunteer, scholar, and teacher, the New Haven native has made it her life’s work to share the history of Yale with others. Her research on the history of women and diversity in the Yale-New Haven community has been lauded, earning her the Edward Bouchet Leadership Award in Minority Graduate Education at Yale and an Ivy Award for contributing to “increased understanding and cooperation between Yale and the City of New Haven.” And in this year celebrating the 50th anniversary of women in Yale College and 150 years of women at the university, Schiff’s dedication to sharing that history has taken on special reverence. A frequent speaker at alumni events and regular presence at any regional historical gathering, Schiff has been described as a “Yale treasure” – one of those special people revered by colleagues, students, and alumni alike.

A pioneer and a singular presence, Schmoke stands as one of Yale’s true and enduring champions. As an undergraduate, he became the first Black secretary of a Yale College class and played a pivotal role in the creation of the Calvin Hill Day Care Center and as a campus leader during the 1970 May Day demonstrations, addressing both students and faculty in a brief, brilliant speech that bridged the gaps between the two. This command presence, thoughtfulness, and ability to bring people together would serve the 1971 Rhodes Scholar well throughout his distinguished career as a politician and an educator, and those same traits have made him a powerful contributor as an alumni volunteer. He would go on to become one of the youngest members of Yale’s Board of Trustees and its first African American senior trustee. In addition, he has been a dedicated and generous steward for the university. His work and fundraising in collaboration with classmates were instrumental in the development of the Afro-American Cultural Center, and he has been active in supporting the 50th anniversaries of both the Afro-Am House and of women in Yale College, having graduated with the first class of undergraduate women at Yale. He has also proven a steady hand in bolstering relations between Yale and the city of New Haven. Beyond that, he has been a mentor, a friend, and an inspiration – a leader in all facets and in every sense of the word.

Young is a trailblazer, groundbreaker, and a champion for the power of mentoring. As one of the first women in Yale College, and as the first woman and minority to open and manage the New York office of a major international law firm, she has counseled countless alumnae over the years. She arrived at Yale as one of the few women on campus and one of just nine Asian Americans in her class. To address that disparity, she co-founded the Asian American Students Alliance (AASA) and joined the executive committee of Yale College and the Yale Admissions Committee, working to bring more Asian students to campus and recruiting future Yalies from her native Hawaii. After graduation, Young transitioned from student activist to alumna advocate, building upon her passions for justice and equality. She has spoken frequently on campus to encourage women and minorities to consider international law, and she remains active in AASA, played a key role in the 50th anniversary celebration of women in Yale College, and is a committed fellow of Davenport College. And as a key member of the Yale Alumni Task Force on Diversity, Equity, and Inclusion, she helped guide the task force on how to connect Yale students of color with alumni of color. Through her many roles, Young has distinguished herself as one of Yale’s most durable and trusted voices, an inspiration to all who have been fortunate to experience her leadership and grace. 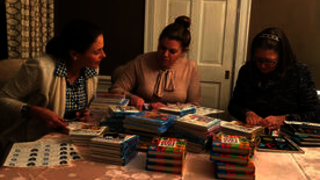 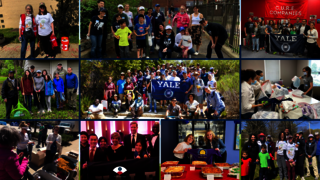