Each year, the Yale Alumni Association Leadership Awards celebrate the accomplishments of volunteers whose efforts reflect the YAA’s mission and core values, honoring them both for their service to Yale and for their innovative leadership – both with the YAA and in the graduate and professional school ranks.

This year’s ceremony will take place online, as part of the virtual 2020-21 YAA Assembly and Yale Alumni Fund Convocation. Candidates/honorees are nominated and selected by alumni relations staff members.

The 2020 YAA Leadership Awards for Volunteer Service and Innovative Leadership recipients are:

Badger has been a leader for Yale in many capacities, from serving as class secretary, to being on the board of his local club, to conducting admissions interviews for the local Alumni Schools Committee, to being an original member of the YAA Communications Strategy Group and moderating the Yale Alumni Facebook page.

But the role in which he has had perhaps the greatest impact is in his work on the YAA Board of Governor's Nominating Committee. As a member for two years and then chair for two more, Badger has routinely demonstrated his skill at bringing together a diverse group of alumni volunteers to determine the needs of the YAA Board of Governors and guiding the process to yield strong classes of alumni leaders. As one example, during Badger’s tenure, the number of board members of color increased nearly 100%, from 10 in the classes between 2013 and 2016 to 19 between 2017 and 2020.

“Mark has been incredibly organized in managing the process, insightful in looking at gaps in the composition of the board, thoughtful in evaluating the pool of candidates, and inclusive in being sure that all members of the committee have the opportunity to fully represent the nominees they interviewed,” said YAA Deputy Executive Director Jenny Chavira ’89 and YAA Associate Director of Volunteer Engagement Alisa Masterson. “His perspective as an active volunteer in many constituencies has helped to ensure strong representation of all groups, and his commitment to diversity, equity, and inclusion has helped to fundamentally change the composition of the board over the last four years.”

Throughout, Cristobal has been lauded as a dedicated and motivated volunteer who has distinguished herself by her drive, energy, and innovation. As a member of the Yale Veterans Association (YVA), she has led and organized multiple events and ceremonies from Texas to the East Coast to recognize and honor members of the veteran community, both alumni veterans (including former president George H.W. Bush ’48) and those unaffiliated with Yale, such as local veterans in the town of Bayonne, N.J. And with the Yale Club of Houston, she likewise spearheaded a steady number of monthly events – overseeing scores of social and cultural programming, as well as meaningful service-related projects, during her tenure.

“Lydia embodies and lives the core values and mission of YAA,” said Henry Kwan ’05 MA, director, YAA shared interest groups. “She is the sort of individual who is always looking for ways to support and help others. It is little wonder why she decided to go into nursing and healthcare as a profession, both as a civilian and as an Army officer. Lydia is someone who believes that a Yale degree confers not privileges and entitlements but rather duties and responsibilities. We are lucky to have her as an alumni leader and ambassador.”

Filippelli stands out in her commitment to providing opportunities to alumni that enhance the Yale experience. She has enthusiastically served two terms as a board director on the Yale School of Nursing Alumni Association board, 2015 to 2018, during which she served as both chair and then co-chair of the Mentoring Committee. She also served as a YAA delegate, representing YSN from 2017 to 2020, and said she would have happily re-upped her term if it were an option.

In addition to her official volunteer roles, she has participated in the very programs she manages, which is extra time she joyfully gives. In the YSNAA’s Mentoring Committee chair roles, Filippelli has taken the lead on organizing and executing several annual programs and events that are relevant to both alumni and students. Under her leadership, from 2017 to 2018, 88 alumni matched with 117 students to form a mentorship relationship to guide students through their academic experience and into the start of their professional career journeys. During Filippelli’s tenure, alumni also have helped students improve their resumes through the resume review program, shared wisdom during speed mentorship events, given advice through career panels, and taught negotiation techniques.

“Amanda’s passion for service is an inspiration to alumni and students,” said Charlyn Paradis, program manager, annual giving and alumni affairs, Yale School of Nursing. “She is a phenomenal role model because she's an excellent provider dedicated to students, her patient population, to her family, to everything. Her dedication to enhancing the alumni experience goes beyond what is typical of a volunteer, and as a result, the school and the nursing profession has benefited immensely under her leadership. We are extremely fortunate to have her in our cadre of Yale volunteers.”

Francis served on the School of Management Alumni Association (SOMAA) board for several years, and when the SOMAA was dissolved in 2016 and became reconstituted as the SOM Alumni Advisory Board, she became its inaugural chair. In this role, she worked closely with the SOM dean and senior leadership to help align the board’s goals and objectives with the school's priorities – all while remaining true to the desire for alumni to have a venue to express their needs and concerns.

Francis led the effort to draft a charter and policies, essentially creating a governance structure from scratch. Her thoughtful, deliberate leadership allowed for buy-in to the new board’s objectives, structure, and relevance from the various stakeholders involved, and she made sure that everyone was heard, acknowledged, and had input into the early decision-making process around creating the board.

“Without Suzanne's high level of collaboration and inclusive nature of decision-making, the alumni advisory board would not have launched with the success and buy-in that it did,” said Kavitha Bindra ’05 MBA, assistant dean and executive director of executive education at the Yale School of Management. “Under her leadership, the board became highly relevant as an advisory group, and she was able to attract very engaged alumni to the board.”

Holloran is an involved alumnus who continues to make the Yale School of Management a priority through his wide range of volunteer efforts. He has been active in attending admissions recruiting and yield events since graduation. For his fifth reunion, in 2019, he served concurrently on both his Class of 2014 Reunion Outreach and Planning Committee and as co-chair of his Reunion Gift Committee, where he was instrumental in soliciting classmates and encouraging them to give special stretch gifts in honor of their reunion.

At the Class of 2014’s Reunion Weekend dinner, Holloran spoke to the class about why SOM is important to him and why he chooses to give back in both time and resources. His speech describing his belief that SOM students are tomorrow’s leaders who will change the world and solve society’s most pressing problems inspired his classmates to give back at record-breaking rates, helping the class raise $182,924 and achieve almost 52% Alumni Fund participation in the 2019 fiscal year.

“You can tell the entire class values Jimmy’s insight and ideas from their interactions on pre-reunion calls and during the big weekend,” said Angela Howley, assistant director of alumni relations, and Chandler McCorkle, assistant director of leadership and reunion giving, Yale School of Management. “He does not shy away from sharing his ideas and takes the time to listen to other ideas and work toward a common goal. We were beyond impressed by his professionalism, dedication, and enthusiasm during the entire reunion process.” 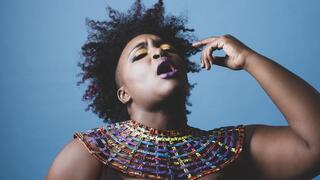 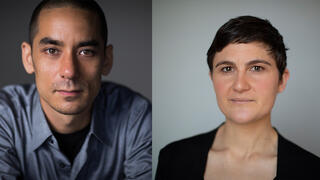