The 2020 Yale Medal ceremony, the headlining awards event of the annual Yale Alumni Association Assembly and Yale Alumni Fund Convocation, will celebrate five Yalies who have made remarkable and enduring contributions to the university and their fellow alumni.

While this year’s ceremony will be held virtually rather than in-person, it stands to be no less poignant for the most-deserving recipients: Bruce D. Alexander ’65, Rahul R. Prasad ’84 MS, ’87 PhD, Judith Ann Schiff, Kurt L. Schmoke ’71, and Alice Young ’71.

Prior to being honored, the 2020 medalists spoke with us about what it was like to find out they had been chosen for this year’s award, the lessons they’ve learned as volunteers, and their advice for those who might follow in their footsteps.

Rahul Prasad: I was extremely honored, humbled, and delighted. When I first arrived on campus back in 1982, I went to University Commons and saw a wall that had a number of names inscribed upon it. I found out these people had received the Yale Medal. And I can tell you something quite honestly, I never thought for a moment at that time that one day I would join their distinguished ranks.

Judy Schiff: It was totally unexpected. I knew about the Yale Medal as an award for outstanding alumni service – my dear friend Vera Wells ’71 was a perfect example – and that it was on very, very rare occasions given to non-alumni. As a full-time staff member, I was speechless. On reflection, I think I may be the first non-alum Yale librarian woman honored and am proud to accept it as a representative of all non-alum Yale staff women.

Kurt Schmoke: I am so pleased and honored to receive the Yale Medal. A number of my friends contacted me when they heard the news and they asked me, what did I do to deserve it? I said I’m not sure, I’m probably undeserving, but all things being considered, I think I’ll keep it.

Bruce Alexander: I serve the university because thousands of individuals over hundreds of years have worked to make Yale what it is today. Now it’s our generation’s turn to be good stewards of this important institution. It would be unthinkable to me that we should pass it on to the next generation as any less a place of excellence as it was when it educated us.

Alice Young: I went to a large public high school in Hawaii that did not expect its graduates to go to colleges on the mainland, so I felt it important to try to encourage bright Hawaii public school students to think about Yale. And I also wanted Yale to broaden its diversity to include Asian Americans. That began my activism in lobbying for recruiting and admissions of APAs (Asian/Pacific Americans) and also creating organizations like the Asian American Student Alliance, and ways to support them once they got to Yale. I also got into the habit of mentoring. After I graduated, I continued to speak at Yale and other colleges and law schools to encourage minority students to seek opportunities in international law and civil rights.

My service has given me a sense of purpose. And my greatest reward has been seeing that change has actually occurred with my small efforts, and that the many people whose lives I have touched are paying it forward to many others.

Rahul Prasad: A few years after graduating, I came to the realization that I had not just received a very good education and a degree while I was at Yale, but I also became the human being that I am today in large part due to the interactions that I had with my fellow students as well as the faculty and staff at Yale. It was this realization that made me want to give back.

At a time when nearly everything is virtual, how important is to continue that work, to continue to give back?

Judy Schiff: Learning and sharing has become in some ways more rewarding and enjoyable than ever in this difficult time, in the virtual blending of teaching and learning. For example, this fall I talked with a club of furloughed Yale sophomores united virtually in a club devoted to Yale history. I was also the speaker at a monthly Yale Community Breakfast on local Black hero William Lanson, whose statue was unveiled near the Yale Health building and the new colleges.

Rahul Prasad: The virtual world that we are living in today has created a lot of challenges. I believe we need to give back and continue to give back even more today than we ever did before. What has been exposed by the challenges posed by the virtual world is that not everyone has the same access. And for an institution as great as Yale, we must be able to ensure that each and every single person who comes to Yale has equal access. That is the reason why I think we should continue to serve, continue to give back, and try work to make the lives of all Yalies, whether current or alumni, better.

Bruce Alexander: I hope all Yale alumni feel a strong sense of loyalty, a sense of obligation to serve and sustain those institutions that have served us so well, and especially those institutions such as Yale which are so vital to society in preparing the next generation for the national and global leadership the world now so desperately needs.

Alice Young: The most tangible reward to me for the many minorities and women I have mentored has been to celebrate with them their successes, and to know that my request that they pay it forward is honored because they really want to, not because I asked them to do so. I am always amazed that a few words of encouragement or the help that I gave, even as far back as my first year at Yale in 1969, had an impact on others. In some cases, just my being present in the room as a woman and minority has made a difference. I feel that I left Yale a better place than when I arrived, and I am excited that the future generations of Yale graduates will have even more tools than I had to truly make a difference in the world.

Kurt Schmoke: By supporting multiple Yale organizations, I feel that I’ve joined with the faculty and staff of the university in nurturing a new generation of leaders who will impact the quality of life for people living in this country and around the world.

I’m particularly proud that the little daycare center that we started back in my junior year at Yale continues to flourish. The Calvin Hill Daycare Center and Kitty Lustman-Findling Kindergarten is now in its 50th year of operation and many of the graduates from that daycare center have actually gone on to become graduates from Yale University, and I know a number of students from Yale had teaching experiences there. I’m really a true blue Yalie, honored and proud of my university.

Judy Schiff: The most rewarding aspect is that my personal interests as a historian – women’s history, Black history, ethnic history, and New Haven history – are important to Yale and its mission.

Judy Schiff: I would advise, as have many Class Day speakers, to identify and intern or volunteer in your field of interest, and adequately prepare for it professionally. I was able to fulfill my interests in learning, teaching, and writing about history at Yale, enhanced by opportunities to meet the history makers in person or archivally.

Rahul Prasad: I would tell current students and younger alumni that they should get involved as early as they can and get involved in small things first, stay involved with the group they were active with while they were on campus, and stay involved or get involved with their local club, wherever they may be. And continue these activities. They will be the most rewarding activities in your life and you will find that your Yale network will grow, flourish, and will continue to give back as a great source of joy and encouragement to you.

Alice Young: Every person has different talents, so I advise students and younger alumni to go with their strengths and interests – whether it’s to raise money, or to teach skill sets, or to get involved in activist organizations, or to introduce people, or to write or to hand out leaflets – do what you’re good at and are passionate about. There is never a perfect time to start, so start now. 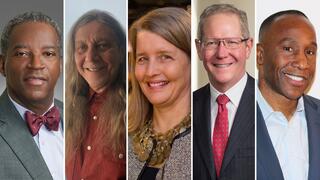 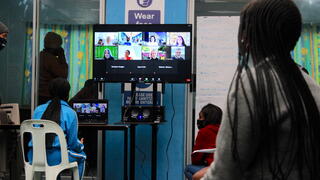 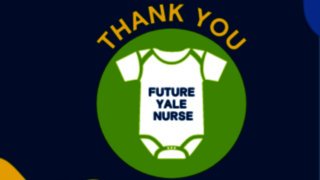 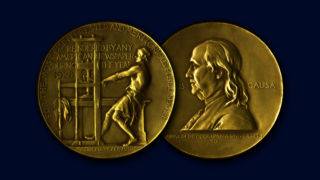