The Yale Medal is the highest honor bestowed by the Yale Alumni Association, honoring outstanding individual service to the university.

Now is your chance to help us recognize our most deserving alumni and friends.

The YAA is accepting nominations for the 2019 Yale Medal through March 22. (Yale Medal nominations are open and accepted year-round, but the 2019 deadline is fast approaching.) Those wishing to nominate a candidate are encouraged to use the online nomination form, and if needed, can reach out to the YAA for additional guidance.

“All of us have had the good fortune to meet extraordinary volunteers through our Yale engagements,” said YAA Chair Nancy Stratford ’77, herself a Yale Medal honoree in 2012. “This is an opportunity to honor them for their service and dedication to the university and also to its students, alumni, and extended family.”

The medalists are selected by a committee of the YAA Board of Governors. Up to five Yale Medals are awarded each year, presented at a dinner held during the annual YAA Assembly and Alumni Fund Convocation in November.

The Yale Medal dates back to 1959, with more than 300 recognized since that time. Those honored reflect a wide range of service and leadership, with recipients taking many different paths to their recognition. The Yale Medal may be awarded to alumni or friends. Candidates do not have to be Yale degree holders but are required to be present at the November awards ceremony.

“The goal of the Yale Medal is to honor individuals for their remarkable contributions as volunteers to our community of scholars and friends,” said YAA Executive Director and 1997 Yale Medal recipient Weili Cheng ’77. “It is one of the great honors and joys of each year, to be able to give something to those who have given so much to Yale.”

Ed. note: An earlier version of this story had the 2019 deadline as March 15. The deadline has since been extended.

2020 Assembly and Convocation: Yale Board of Trustees Panel 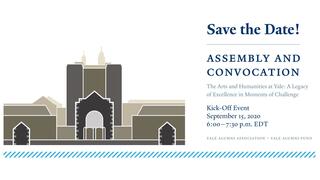 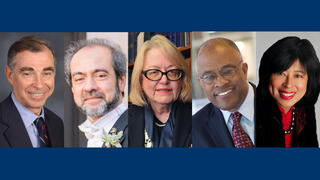